McCurry Trailers & Equipment, Inc., was first started by Danny and Teresa McCurry in 1984 on a small rented lot on East Kearney in Springfield, Missouri.  By 1991, the location was busting at the seams with trailers overflowing onto the side street.  Seven acres was purchased on West Kearney and a new building was built and moved into in 1993, where W-W Trailers, Gooseneck Trailers and Rice Trailers are still inventoried and sold. 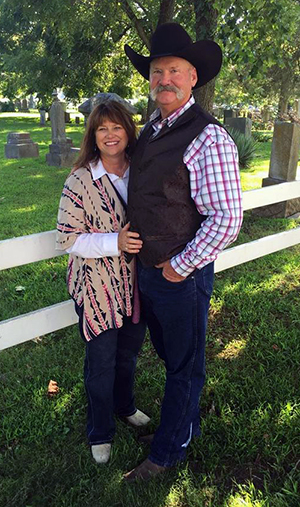 McCurry Trailers has been recognized over the years as the #1 Dealer in the Nation for Rice Trailers, Top 5 Nationally for W-W Trailers and Top 10 for Gooseneck.

In 2013, a new store was opened in Harrisonville, managed by Katie McCurry, Danny and Teresa McCurry's daughter.  In 2014, a piece of ground was purchased and a new building erected on I-49 and Hwy 71 in Adrian, next door to Heritage Tractor.  Katie sells Rice Trailers, W-W and Gooseneck Trailers, and the business is growing every month.

The McCurrys attribute their success in part due to the fact that they run a sizeable commercial cow herd.  Therefore, they use the stock trailers, flatbeds, utility and hay trailers themselves in their operation.  This has given them a working knowledge of what works well and holds up to hard use on the farm and ranch.

W-W Trailers has played a huge part in McCurry Trailers & Equipment's product line.  They have been selling W-W Trailers since 1987.  W-W builds both steel and aluminum trailers in bumper pull models and also gooseneck models.  W-W has been building trailers since 1960 and for many, many years was the largest trailer manufacturer in the nation.  They were noted in a newspaper article that hangs on the wall in their front office as having built their 300,000th trailer back in 2007 and are still a leader in the industry.

Rice Trailers has furnished The McCurrys with flatbed, utility, car haulers, lawnmower and dump trailers since the late 1980s.  Their powder coat paint, quality wiring and innovative ideas have been a great combination.

Genuine Gooseneck was started in Bryan, Texas, around 1960 and they have been considered top-of-the-line stock trailers for several decades.  The McCurrys are very proud to have been a Top 10 Dealer for them and continue to sell Goosenecks.

You might be noticing a trend here.  McCurry Trailers & Equipment Inc., has represented some of the top brands in the trailer industry for a large number of years and they have stayed loyal to those companies and their customers also.